SKIP TO CONTENT
We use both our own and third-party cookies for statistical purposes and to improve our services. If you continue to browse, we consider that you accept the use of these.
RESERVATIONS: 808.922.1233
ARRIVE
DEPART
GUESTS 2
Arts & Culture

Checking the Surf at Waikīkī

A genealogy of the breaks that make up the most famous shoreline in the world and the story of the man who stitched them together.

Stroll along the coast of Waikīkī Beach, and the green-blue ocean unfolds before you, appearing as if an unbroken chain of tumbling whitewater rolling off the horizon. But look a little closer, and you will notice small gaps between the foam, minute delineations where surfers diverge to exploit differences in wave direction and shape. In fact, these gaps—channels in the reef that appear narrow from the shore—often contain wide-ranging histories and deep cultural resonances felt by local communities past and present. Listen to surfers striding up the beach after a session, and you might hear them tell of a crowded lineup at Pops, a nose ride at Paradise, or the glassy waves firing at Threes.

Long before remote Pacific storms sent today’s swells rolling across the Waikīkī shoreline, their destined breaker zones received names—each one offering clues about that specific break’s history. Waikīkī’s two most famous and accessible breaks are Queens, named for the bygone beach house of Hawai‘i’s tragically deposed last monarch, Queen Lili‘uokalani, and Canoes, a nod to the original location of the Outrigger Canoe Club’s beach hut and the vessels that were often found in its waves. When conditions at these breaks wavered, the club’s mid-century surfers paddled further west, hitting Populars (or “Pops,” as it’s commonly known), and then Paradise, aptly named for its ideal waves. The third and fourth breaks in that coastal trajectory simply became known as Threes and Fours.

Duke Kahanamoku made history in the 1930s, when he stitched together nearly all of Waikīkī’s breaks into one continuous ride roughly one mile long. Taking off from a legendary outside break known as Kalehuawehe, “The Duke,” as he was called, used the momentum of his 16-foot board to thread the many channels to Canoes. However, the name for the first break, Kalehuawehe, was all but forgotten until James D. Houston and Ben Finney recalled the break’s name in their 1966 chronicle, Surfing: A History of the Ancient Hawaiian Sport. “According to legend,” the authors write in a revised edition, “the name Ka-lehua-wehe (the removed lehua) was inspired by a surfer who while riding at this break removed his lei made from lehua blossoms and presented it to a chiefess who was also riding there.” 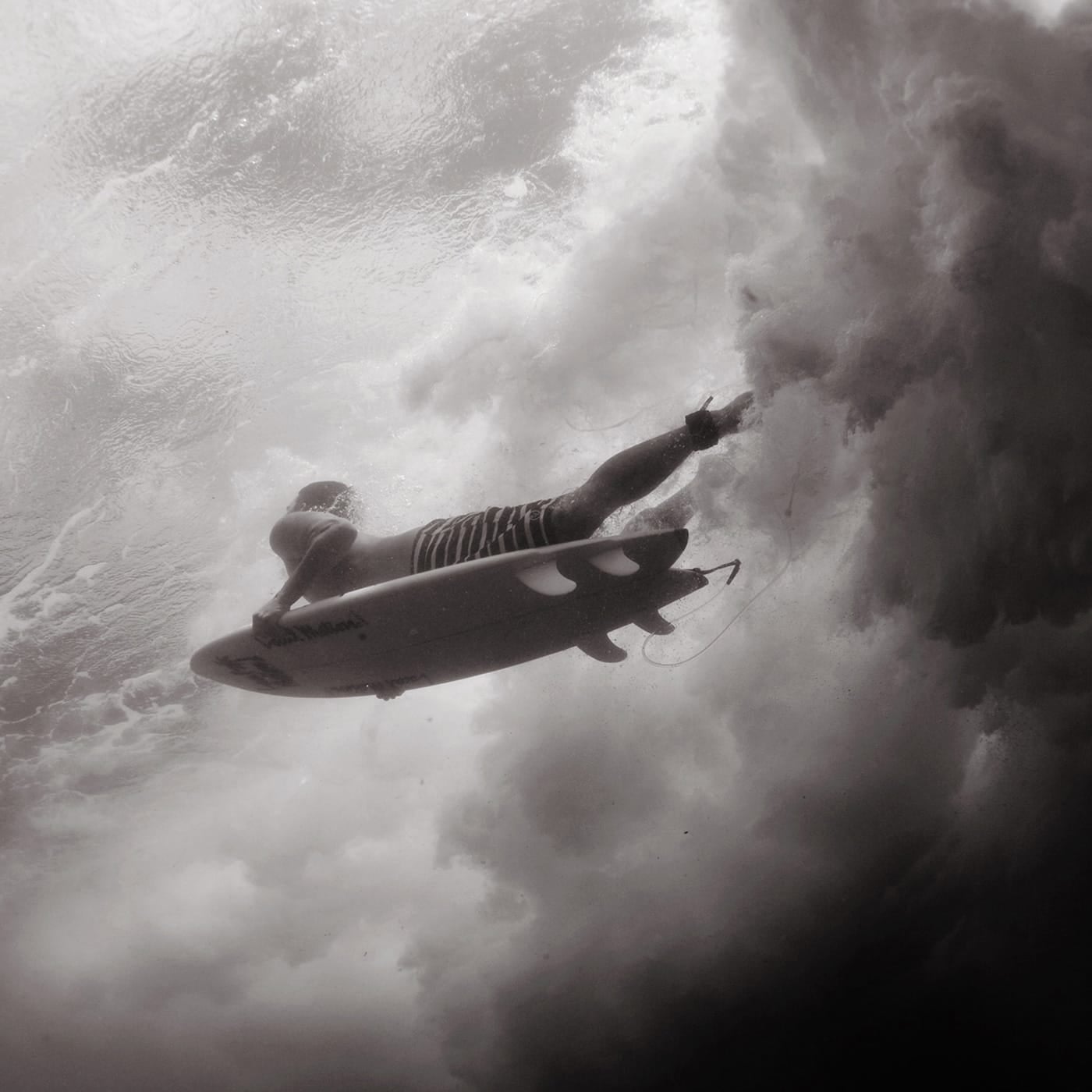 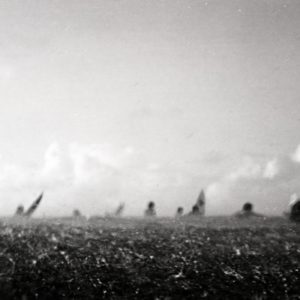 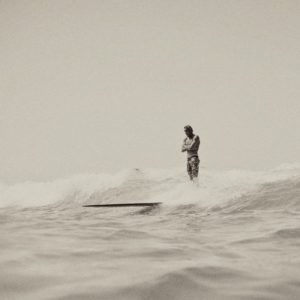 When big swells break at Kalehuawehe, their ripples eventually dribble onto Kawehewehe Beach on the western end of Waikīkī. As in Kalehuawehe, “wehe” refers to the removal of lei and to rituals of healing, though today, the swimming area is more commonly known as Gray’s Beach, named after a short-lived boarding house called Grays-by-the-Sea.

In their book, Waikīkī: A History of Forgetting and Remembering, authors Andrea Feeser and Gaye Chan reanimate the rituals involving seaweed lei at Kawehewehe, where a purifying freshwater stream once flowed into the sea. “Penitents ducked under the water to free the lei,” they write, “and then walked to shore without looking back in a gesture that symbolized the release of illness.” Of course, natural remedies were futile in the face of Western contagion, and when native populations plummeted, so too did the use of Hawaiian language. Eventually, deep-rooted names of sacred spaces, like those where oceanic healing and recreation overlapped, lost ground to English substitutes.

There are few constants in the fluid history of Waikīkī surfing. The tides are always changing. But year after year, sure as each summer swell, the outstretched arms of The Duke’s lei-strewn statue at Kuhio Beach continue to greet the steady flow of surfers. And while many learn to float across the water, most barely scratch the surface.

For more, see Dip at ‘Alohilani.