SKIP TO CONTENT
We use both our own and third-party cookies for statistical purposes and to improve our services. If you continue to browse, we consider that you accept the use of these.
RESERVATIONS: 808.922.1233
ARRIVE
DEPART
GUESTS 2
Local

These first days of 2019 have us reflecting on the amazing past year it’s been at ‘Alohilani, as well as Waikiki and Oahu in general. There are so many events, celebrations and festivals we love that happen every year, we’re taking this opportunity to share our top ten favorites for 2019.

Pow! Wow! Hawaii — February 11–15
Attracting a global network of artists and organizers, POW! WOW! is the keystone worldwide event with a packed schedule of gallery shows, lecture series, mural projects, a large creative space named Lana Lane Studios, concerts, and live art installations. Each year during the week of Valentine’s Day in Kaka’ako, Honolulu, POW! WOW! brings together scores of international and local artists to create murals in real time and in public to celebrate all forms of art. 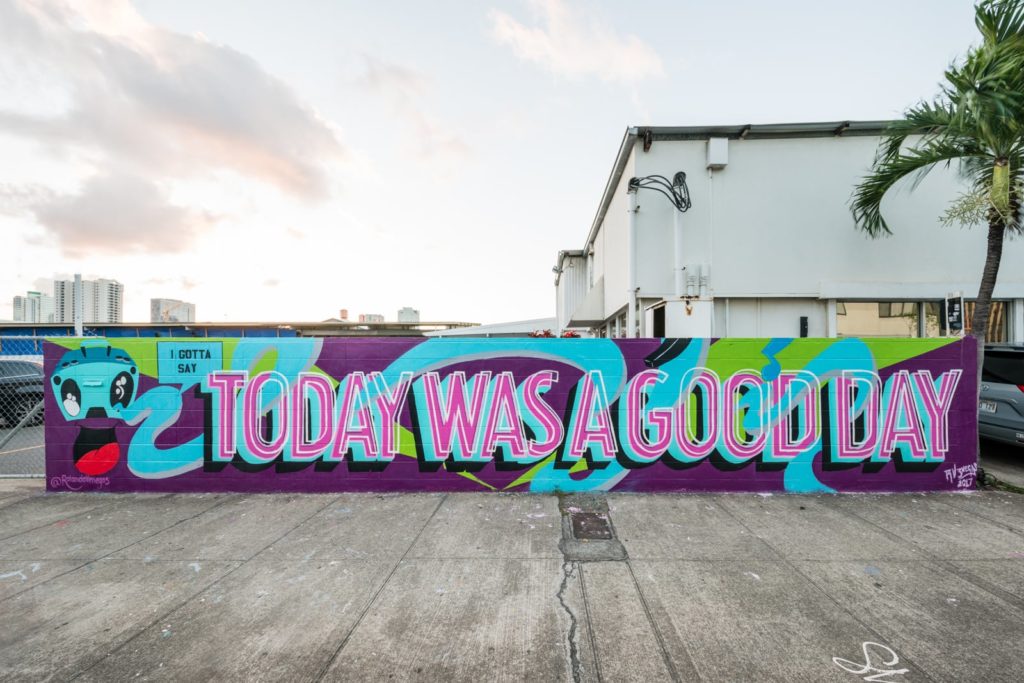 Great Aloha Run 2019 — February 16
Every third weekend in February, runners gather in Honolulu for a classic run filled with gorgeous scenery and community support. 2019 marks the 35th anniversary of the 8.1 mile Great Aloha Run, which begins near downtown Honolulu at the Aloha Tower, makes its way along Nimitz Highway and finishes on the floor of Aloha Stadium. Many of the 25,000 participants each year are Hawaii residents, which makes it a great way to experience the local spirit and amazing running scenery of Honolulu.

Honolulu Festival — March 8–10
The Honolulu Festival is one of the cultural crown jewel events in Hawaii, celebrating our mix of Pacific, Asian and Hawaiian cultures through its central theme of “Pacific harmony.” This year is the 25th celebration of the three-day festival, with local art, music and dance on display and geared towards all ages. The festival culminates in a grand parade through Waikiki and an unforgettable fireworks show that can be seen from one of the beachfront hotels in Hawaii such as ‘Alohilani Resort’s Premier Oceanfront or Ocean View rooms, if you want a truly amazing and up-close show.

The Lei Day Celebration — May 1
If you’re visiting during May Day, be sure to check out the 92nd annual Lei Day Celebration
at the beautiful Kapiolani Park in Waikiki, which is about a five minute walk from ‘Alohilani. The all-day event includes lei-making competitions and demonstrations, crafts, food, live hula and steel guitar, as well as other live performances.

The King Kamehameha Floral Parade — June 8
The King Kamehameha Floral Parade features brightly decorated floats and traditional pau riders on horseback represent the Hawaiian royal court as the parade begins at the historic ‘Iolani Palace in downtown Honolulu and proceeds along its vibrant route to Queen Kapi‘olani Park at the base of Diamond Head. After the parade, you can join in a Ho‘olaule‘a, or an epic party, that fills the park band-stand with revelry and live entertainment.

Aloha Festivals — September
The Aloha Festivals are the largest cultural celebrations in the state, sharing the Aloha spirit with more than 100,000 attendees each year. This weeklong event is a premier showcase of Hawaiian music, dance and history, and Oahu’s celebration is the biggest of them all, with people from all islands coming together in the bustling streets of Waikiki for a ho‘olaulea with gourmet and street food and plenty of games and live local entertainment.

Honolulu Pride — October 19–20
Honolulu Pride is Hawaii’s largest and most colorful celebration for LGBTQ+ and allied communities. The 2019 Honolulu Pride Month features more than 30 cultural, social and educational events hosted by the Hawaii LGBT Legacy Foundation and Hawaii’s LGBTQ+ community. The marquee family friendly event is a massive parade through Waikiki and is a wonderful opportunity for sharing LGBTQ aloha with residents and other visitors.