SKIP TO CONTENT
We use both our own and third-party cookies for statistical purposes and to improve our services. If you continue to browse, we consider that you accept the use of these.
RESERVATIONS: 808.922.1233
ARRIVE
DEPART
GUESTS 2
April 13, 2021 - Pacific Business News

Hoffmann brings more than 25 years of experience to the role and has worked at such renowned hotel restaurants as Trace at the W San Francisco and Kauai Grill by Jean-Georges Vongerichten at the St. Regis Princeville.

“I am thrilled to join the Alohilani team and look forward to highlighting Oahu’s local bounty as well as neighboring islands,” said Hoffmann.

The resort said that Hoffmann has revamped the menus at its on-property restaurants, incorporating what it calls an “emphasis on flavor-forward, healthy fare.”

“We are thrilled to have such talented chefs bring their concepts to Alohilani and celebrate their exceptional range of culinary offerings,” said Matthew Grauso, general manager, in a statement. “Our team has been hard at work to push forward during this time and we’re excited to welcome guests and the local community with delicious and inventive fare.” 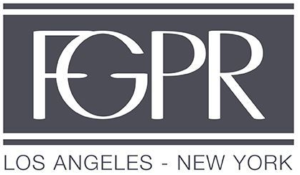